Report from Dr.Crandall @Answers in Genesis 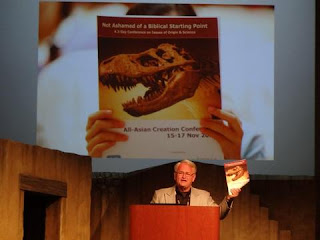 Report from Dr.David Crandall, International Director of Answers Worldwide. He presented a summary (and testimonies) of what happened during the Nov 15-17 All-Asian Creation Conference - the audience was the Answers in Genesis staff located in the Creation Museum.

"Hello Joseph and Jimmy - My report went very well this this morning and our folks here were very excited. Everyone wants more details so I have been talking all day. It has been fun. Our Librarian/Historian would like to have a copy of the pieces of materials you printed…including 2 copies of the Conference booklet.

A Tale of Two Conversations 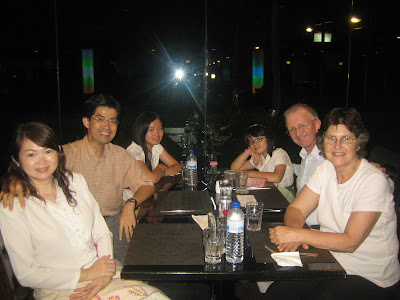 Conversation 1 : Last night, we had the privilege of catching up with Prof.Andy McIntosh and his wife, Juliet as they transit in KL for one night on their way back to the UK. At a time when most will be happily retired, Andy still has that fire in his bones to preach the creation message - especially in universities and colleges. As a post-conference project, Answers Academy may be looking into a "Creation College roadshow with Prof.McIntosh" event some time in the future.
Conversation 2 : Had lunch with a lecturer of a private university this afternoon and I had a rude awakening to the moral situation in Malaysia - taboos which were largely "western" in nature has now hit the local scene. In particular, the lecturer was referring to the growing "openness" of homosexuality on campus with even lecturers openly declaring their homosexuality! The college/university environment for our children is not going to get better and it behooves us as parents to start building the right Biblical foundations at home.
Posted by Joseph Tan at 10:41 PM No comments:

We had the conference team appreciation dinner on Thur (24 Nov) to thank the many hands, feet (and mouth) who assisted us in the running of the recently held All-Asian Creation Conference (AACC). Indeed - how good and how pleasant it is for brethren to dwell together in unity (Ps 133:1)! The video clip above is a highlight of the speech written by Dr.Crandall (our AACC coach) that was read in acknowledgement of all the hard work rendered (and the encouragement of exciting days ahead!).
Posted by Joseph Tan at 7:45 PM No comments: 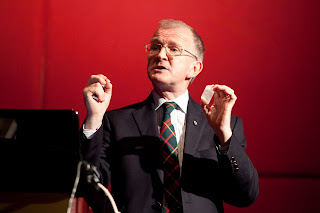 In Prof. McIntosh's latest newsletter, he had this to share about the recently held All-Asian Creation Conference, - "I spoke to one delegate from Kuala Lumpur who was not yet a believer and had fallen away from belief in Christ primarily because he had been just given a superficial understanding of what it meant to be a Christian, without any careful ministry showing the intellectual rigour of the faith which is firmly anchored in Genesis. He has gone away very thoughtful and I think is close to the kingdom.

Another is a believer and a government geologist, but very unsure of 6 day Creation but really made to think after hearing all the talks over these last few days. These were typical of the conversations with the many delegates."

It is testimonies like this which goes to show that the right historical understanding of Genesis is not a side issue - in fact, it demonstrates the power of the Gospel of Jesus Christ (Rom 1:16) because God's Word is true right from the very first verse!

Posted by Joseph Tan at 7:02 PM No comments: 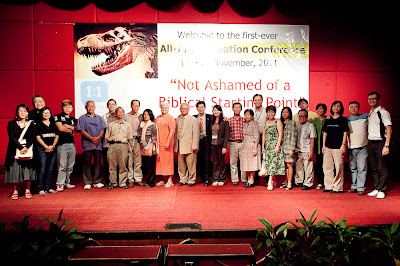 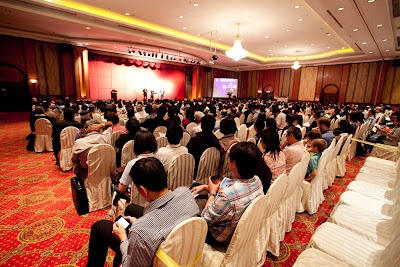 Finally - the first ever All-Asian Creation Conference (Nov 15-17) has concluded with over 600 delegates representing 18 countries. Our hearts are overflowing with amazement and gratefulness - "This came about from the Lord and it is marvelous in our eyes!" Thank you Dr.Crandall for entrusting this privilege to us in working with Answers in Genesis to bring about a movement here in Asia that we are indeed not ashamed of a Biblical starting point when it comes to matters of origins, science and history.
To view the 400+ photos taken of the conference - Click Here to Access the Web Album.
Posted by Joseph Tan at 5:42 PM No comments: